​   Photos from Our Portugal Experience!

It is the wild and rugged headland that marks the westernmost point of continental Europe.  These wind-swept cliffs and arid landscapes were believed to mark the end of the world until the 14th century.  Still today, the region has a remote and untamed atmosphere.

The cape is a popular tourist attraction, its landscape being highly photographed by visitors.  Every sunday morning there is usually a motorcycle rally. 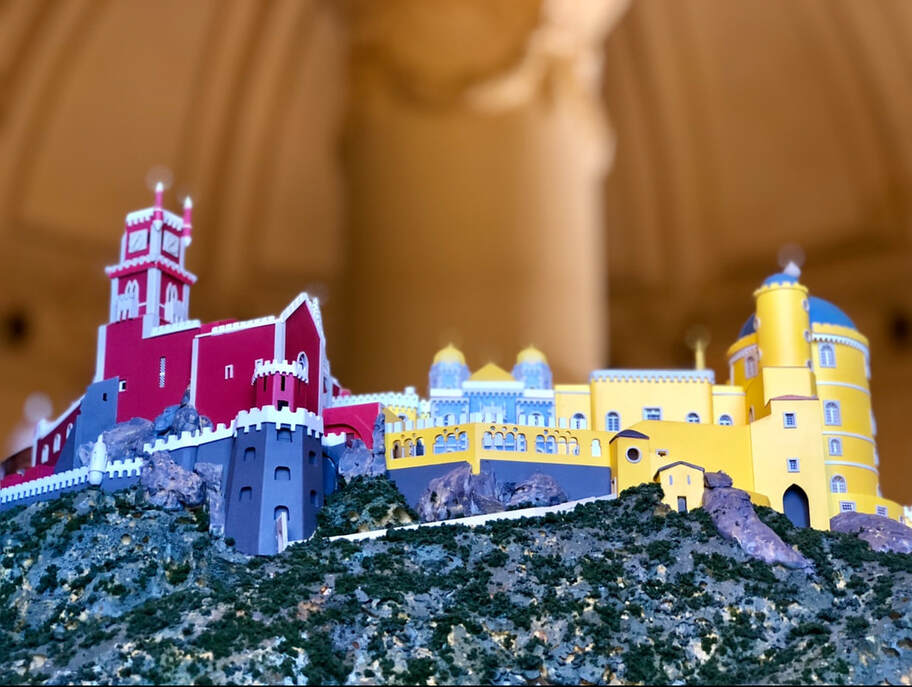 ​The Pena Palace was one of the main residences of the Portuguese royal family during the 19th century and at the same time constitutes one of the maximum expressions of the romantic style of the 19th century in Portugal.  It is located in the parish of Sau Pedro de Penaferrim in the city of Sintra.  The palace was declared a World Heritage Site by Unesco in 1995.

This palace, perched on large rocks, presents a totally intentional mix of architectural styles.  You can find elements that belong to the Neo-Gothic, Neo-Manueline, Neo-Islamic, Neo-Renaissance and to a lesser extent colonial architecture.  The reason for this is that the romantic mentality of the 19th century is enormously fascinated by everything exotic. 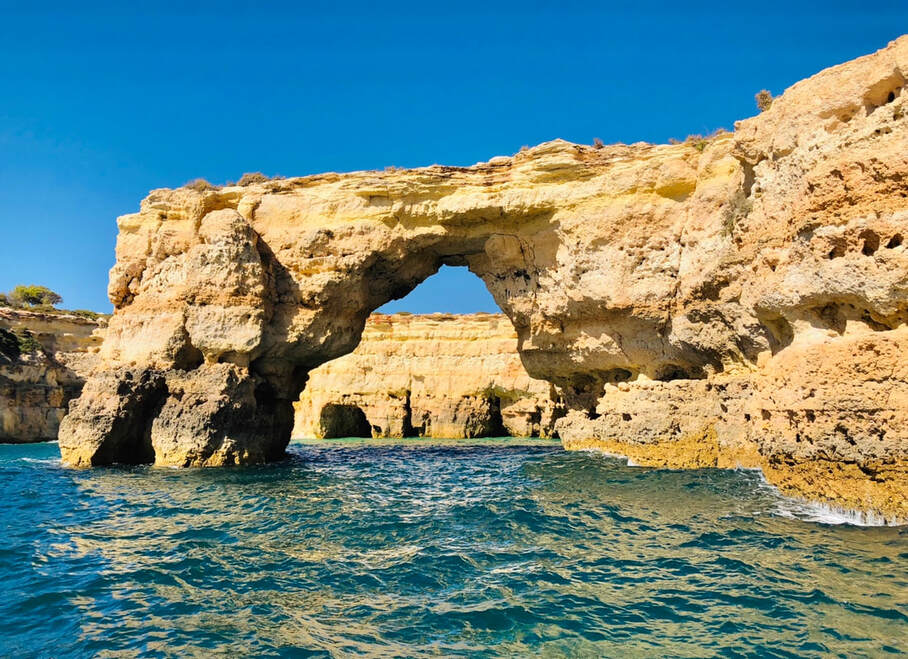 ​Algarve is a paradise, the Portuguese paradise.  Its beaches represent the perfect summer postcard, the background image with which we all want to remember our holidays in the sun.

Throughout the coast it occupies, the Algarve is dotted with beaches of various shapes and sizes, and in each of these beaches we will find characteristics that are interesting and unique. There are small and rarely visited beaches, huge deserted beaches and others with more amenities. 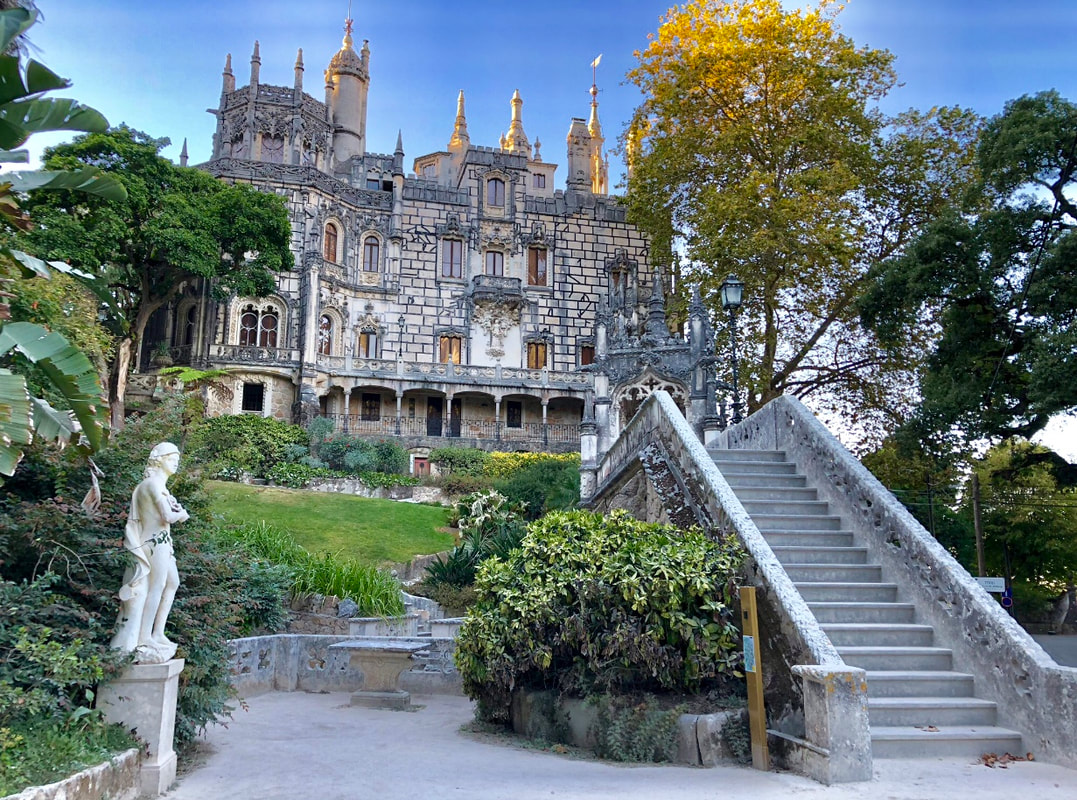 ​The Palacio da Regaleira is the main building and the most common name of the Quinta da Regaleira.  Also called Palácio do Monteiro dos Milhões (Palace of Monteiro that of Millions) after the surname and nickname of its first owner, António Augusto Carvalho Monteiro.  The palace is located in the heart of the historic center of Sintra and is classified as a World Heritage by UNESCO.

It consists of four acres a palace, luxurious gardens, lakes, caves and enigmatic buildings, places that hide meanings related to alchemy, freemasonry, the Templars and the Rosicrucian. Some of the construction evokes Romanesque, Gothic, Renaissance and Manueline architecture. 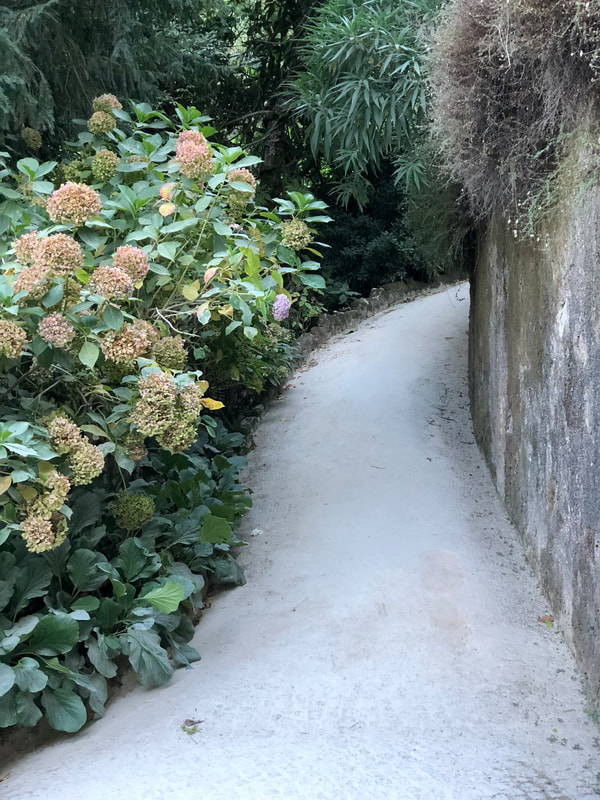 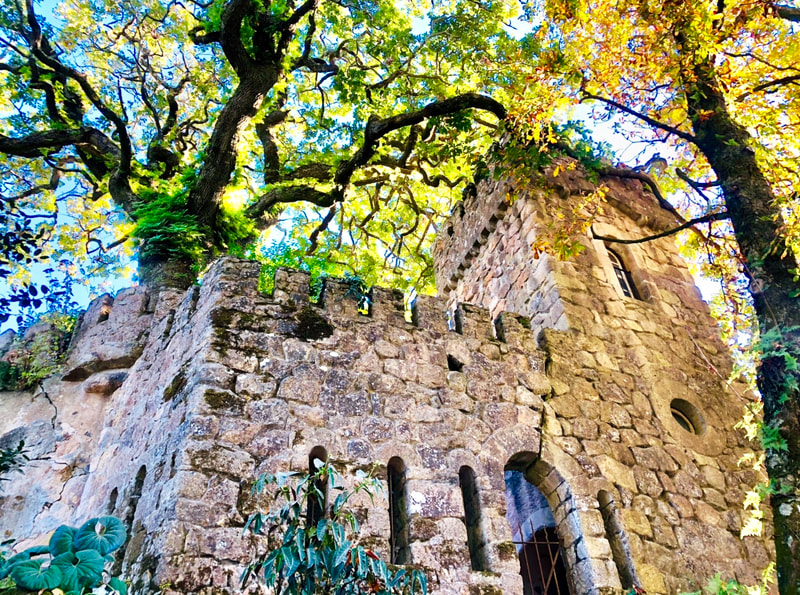 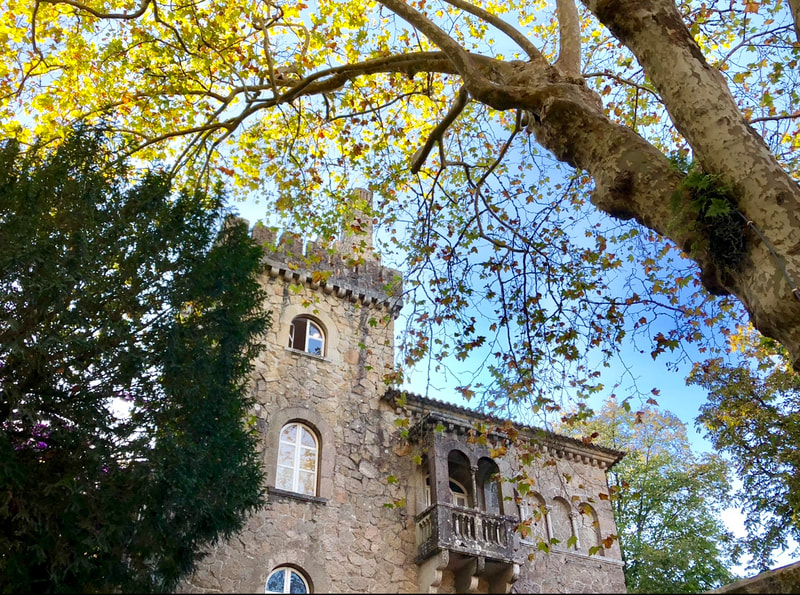 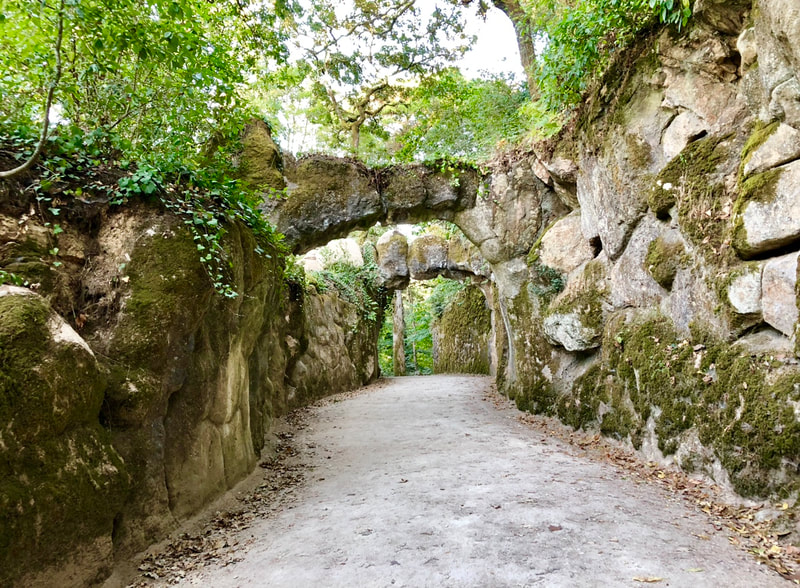 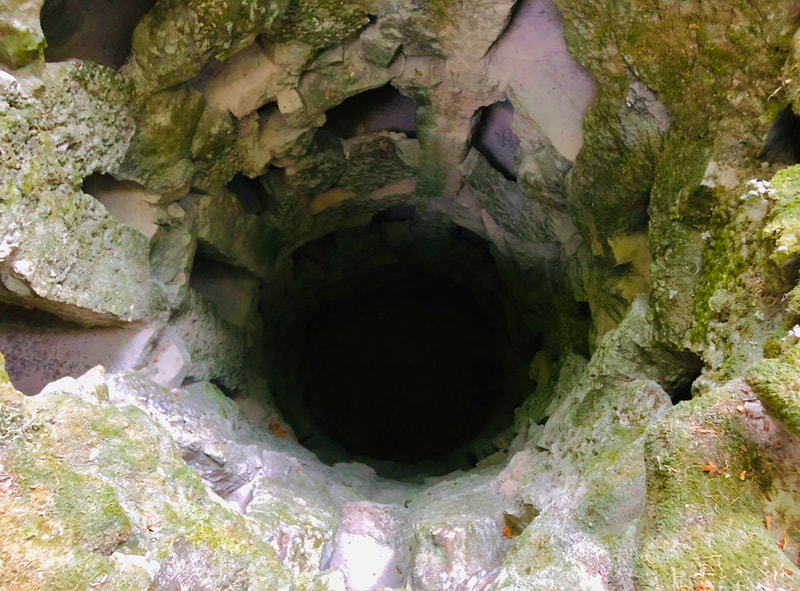 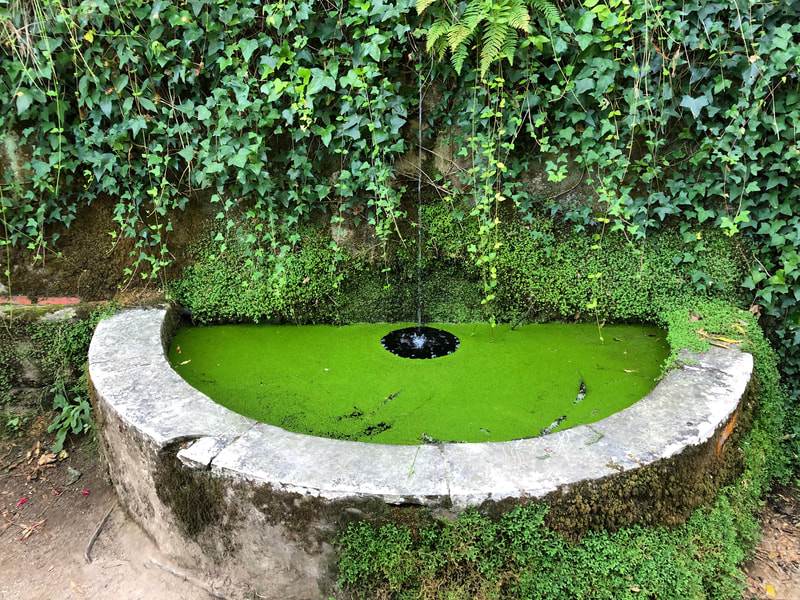 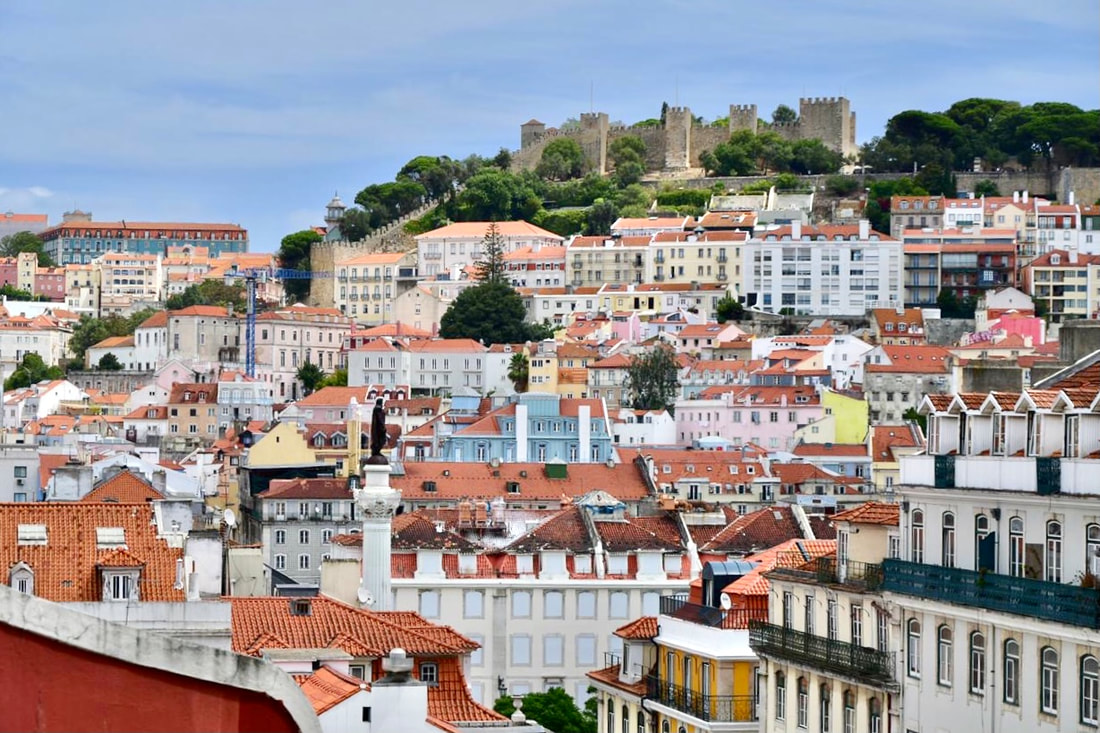 ​The castle of São Jorge is known as the ruins of a castle on the hill of São Jorge in Lisbon.  Human occupation of the castle hill dates back to at least the 8th century BC, while the first fortifications built date back to the 1st century BC.  The castle stands in a dominant position on the highest hill in the historic center, providing visitors with one of the most beautiful views over the city and the Tagus River estuary, which is why the Portuguese government makes great efforts to preserve it.

Sanctuary of Christ The King

​The National Sanctuary of Christ the King or simply Christ the King, is a religious monument and sanctuary dedicated to the Sacred Heart of Jesus located in the city of Almada, in the metropolitan area of ​​Lisbon, in Portugal.

It is located at an altitude of 113 meters above the level of the Tagus, which consists of a portico designed by the architect António Lino, 75 meters high, crowned by the statue of the Redeemer with open arms in front of the city of Lisbon, with 28  meters high, the work of the Portuguese sculptor Francisco Franco de Sousa.  The pedestal, including the portico, rises 82 meters high.  The monument to Christ the King is the biggest tourist attraction in the municipality of Almada, next to the famous beaches of Costa da Caparica.
This monument is the best viewpoint over the city of Lisbon, offering a great view over the capital and on the 25th of April Bridge.

It is one of the tallest buildings in Portugal, at 110 meters high. 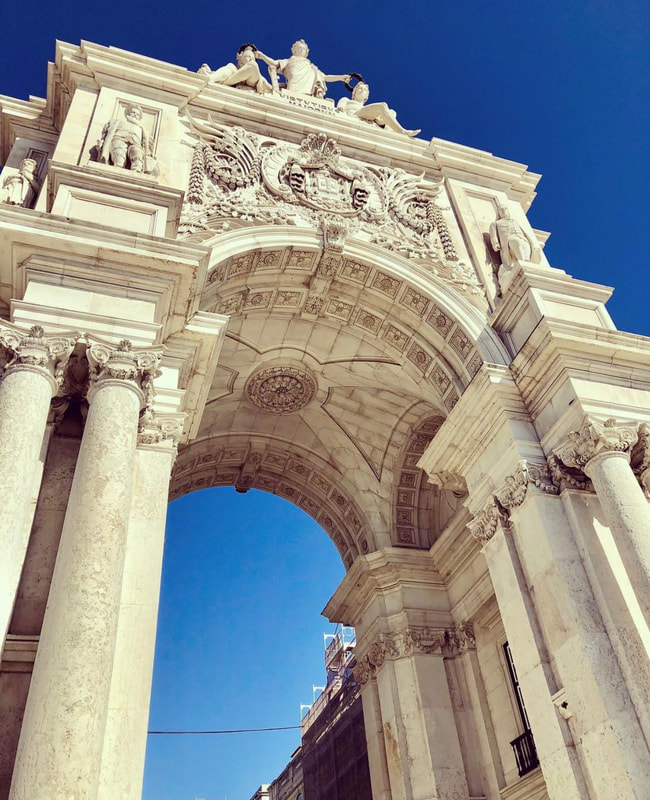 The Praça do Comércio (Commerce Square), was the land where the Royal Palace of Lisbon was located for more than 200 years.  It is one of the most important squares in Lisbon and, with a great view of the Tagus estuary, it is the nerve center of the city. 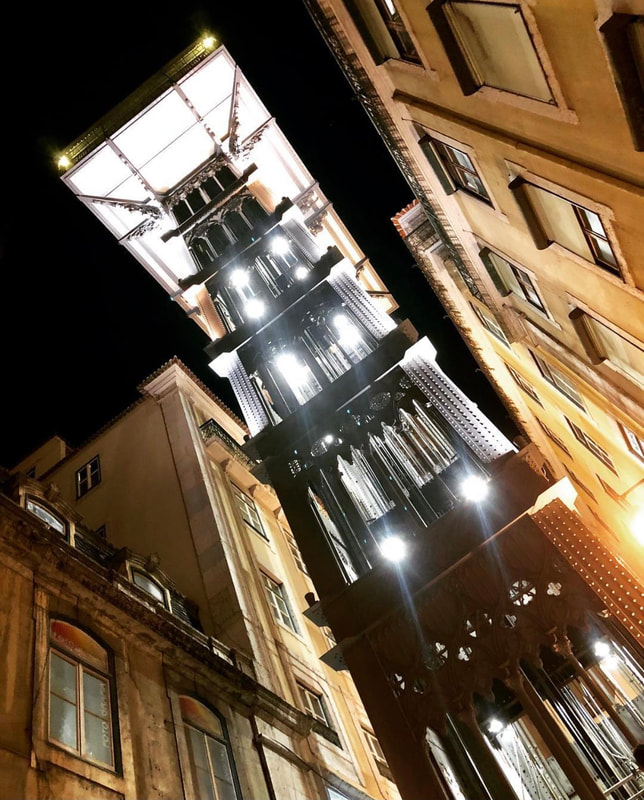 The Elevador de Santa Justa, also called Elevador do Carmo, is an elevator that connects the Baixa Pombalina and Chiado neighborhoods in Lisbon, Portugal.  It rises on Calle de Santa Justa and connects this central promenade with Praza do Carmo, next to the Museu Arqueológico do Carmo.  This elevator was designed by Raoul Mesnier de Ponsard, who was also responsible, in this same city, for the construction of the Elevador do Lavra.  The relationship of this engineer with the famous Gustave Eiffel is not proven.  It is only known that the engineer Raoul Mesnier and the French architect Louis Reynaud applied some of the techniques and materials already used in France to these elevators

Its height is 45 meters.  The metal structure, entirely of iron, was built by a company based in Junqueira.  The decor is of neogothic style, with a different design in each of its levels.  The two elevators inside are lined with wood and can accommodate 24 people each.  At the last level is accessed via a spiral staircase that ends in a terrace where you can admire a view of the city as the Castle of San Jorge, Rossio Square and the Baixa neighborhood.  This lift is one of the most representative examples of this type of architecture in Portugal. 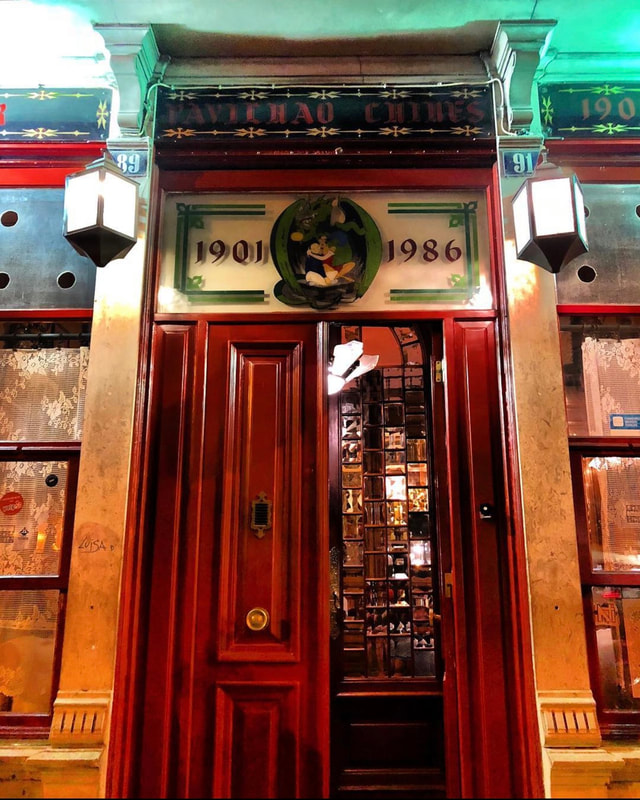 This is one of the most eclectic bars in the city.  A collectible bar for a night in the best baroque style.  The bar crowns Barrio Alto, ( High Neighborghood)  the busiest place during Lisbon nights.