​​Madrid & Barcelona
Air+hotels+tours $1800
Please be sure to email us at dreamingantstravel@yahoo.com for exclusive deals to Spain, don't miss out on one destination you will never forget!
SPAIN is one of  Europe's most diverse countries with something for everyone from pristine beaches to medieval castles, from world famous museums to pulsating all night discos!

MADRID the glorious capital city that is the perfect combination of old world charm and hipster chic!
Spend a week in exciting Madrid and Barcelona  Packages available including
R/T air (from NYC),  hotel, airport transfers, tours
*based on double occupancy
*prices vary depending on season and hotel choice

Photos from our Spain experience! 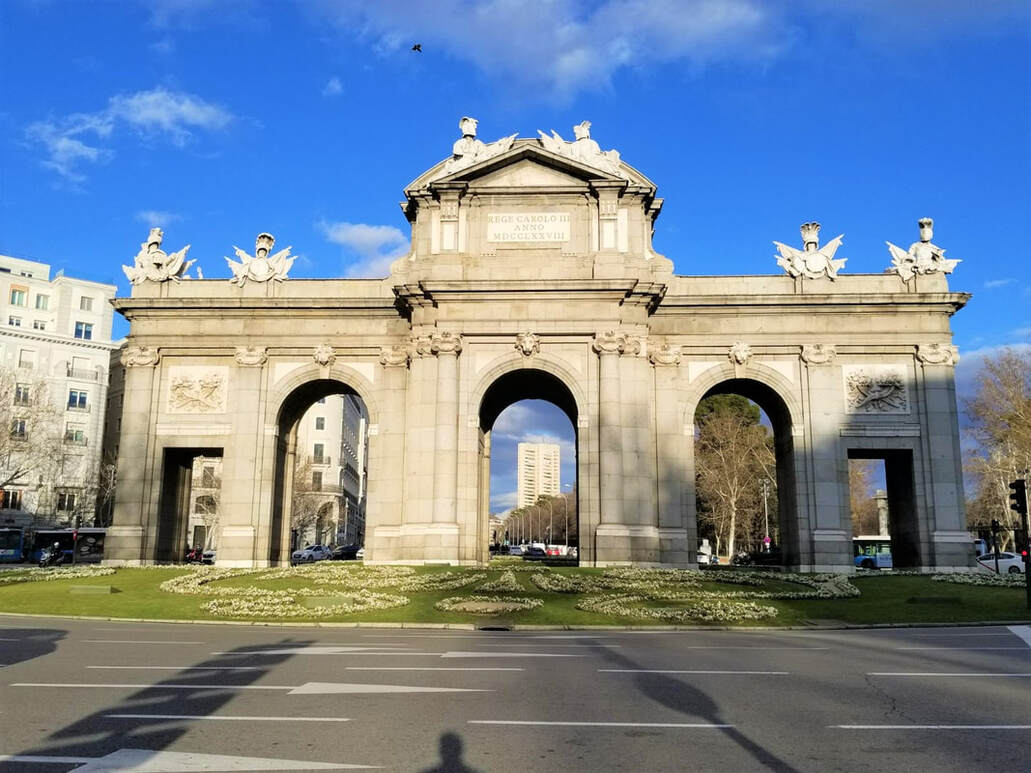 Puerta de Alcalá
You can take a city bus and you could see all the monuments and historical places of the city.

​El Retiro, is a historical garden and public park, considered one of the main tourist attractions of the city. It houses numerous architectural, sculptural and landscape ensembles from the 17th to 21st centuries : such as Monument to Alfonso XII, the Palace  de Cristal, the Big Pond, the Parterre, the Puerta de Felipe IV, the Royal Astronomic Observatory and the source of the Artichoke.  A place where you can enjoy peace in the middle of the hustle and bustle of the city, perfect for picnics, meetings and boat rides. 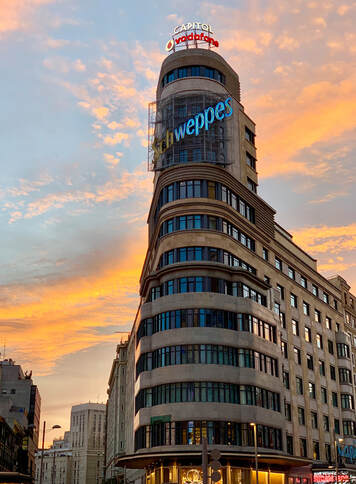 The Gran Via
​The Gran Vía is one of the main streets in the Spanish city of Madrid.  It begins in Calle de Alcalá and ends in Plaza de España.  It is an important landmark in the city since its construction at the beginning of the 20th century seen from a commercial, tourist and leisure point of view.

Cuenca - Castilla La Mancha
​La Mancha is a region in central Spain, which surrounds the south and east of Madrid.  Main setting of Don Quixote, the novel XVII written by Miguel de Cervantes, it is crossed by mountain ranges and plains with vineyards, castles and windmills.  In Toledo, the capital of the community, stands its famous fortress, an old fortress that currently houses a military museum.  In the city's cathedral you can admire the works of the Renaissance painter El Greco.
The area is also famous for its several acres that harvest its manchego wine. 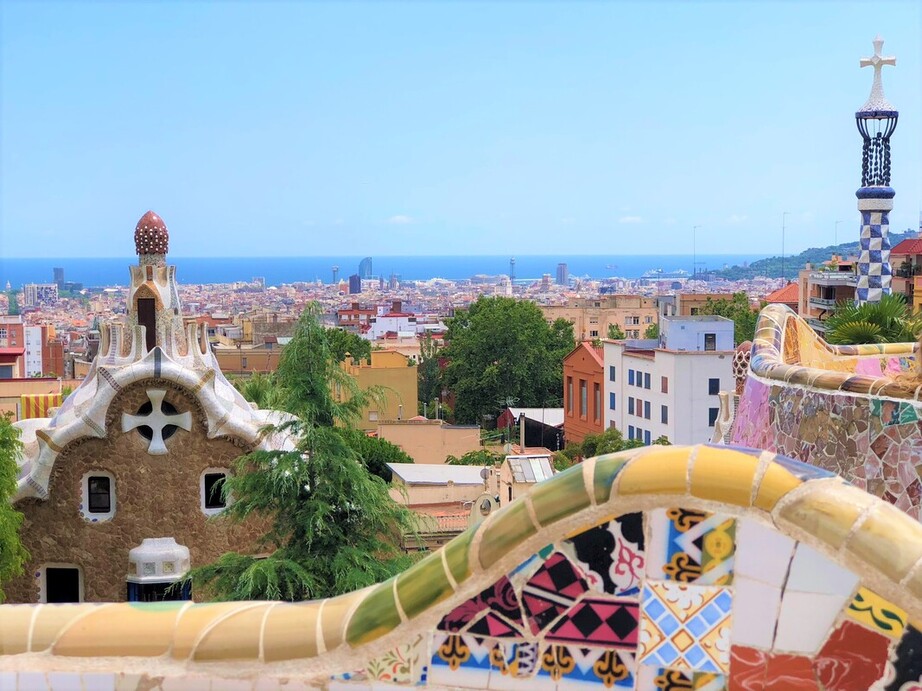 ​It is a public park with gardens and architectural elements.  The park was designed by the architect Antoni Gaudí, the greatest exponent of Catalan modernism, commissioned by the businessman Eusebi Güell.  Built between 1900 and 1914, it was inaugurated as a public park in 1926. Park Güell is a reflection of Gaudí's artistic fullness: it belongs to his naturalistic period (first decade of the 20th century), a period in which the architect perfected his personal style,  through inspiration in the organic forms of nature, for which he put into practice a whole series of new structural solutions originated in his deep analysis of ruled geometry.  The park is listed as a monument declared in the register of Cultural Assets of National Interest of the Catalan heritage and in the register of Assets of Cultural Interest of the Spanish heritage.  It is also part of the World Heritage Site declared by UNESCO. 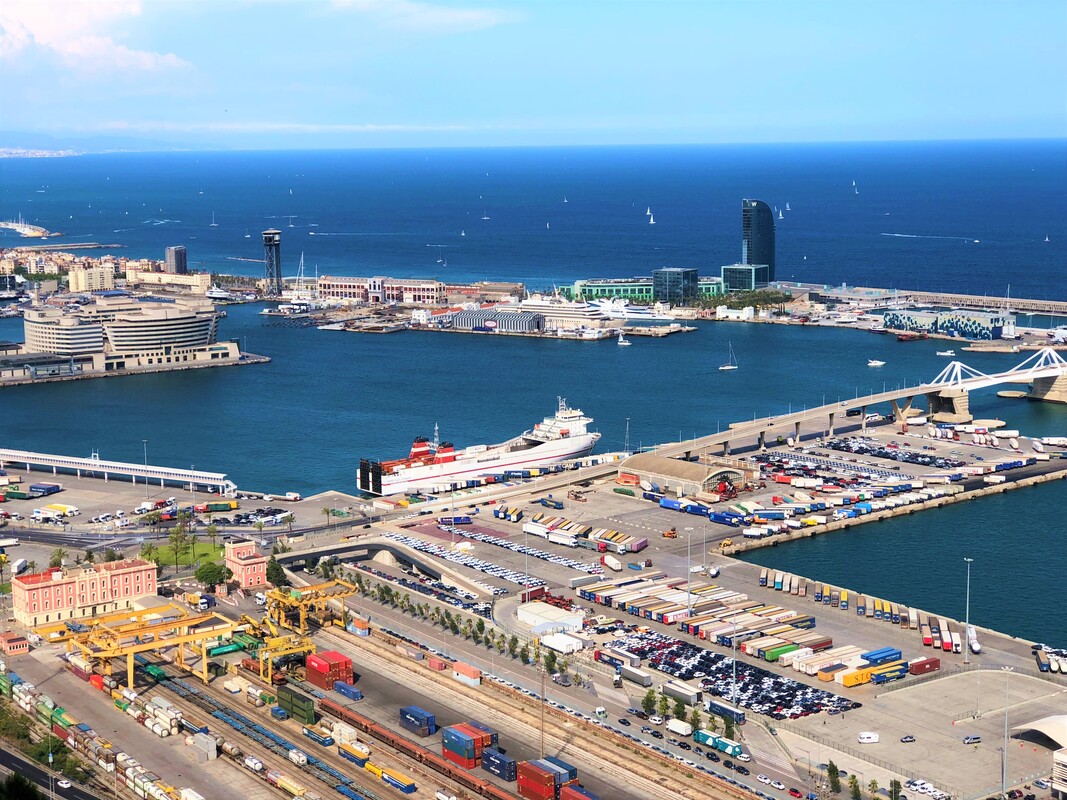 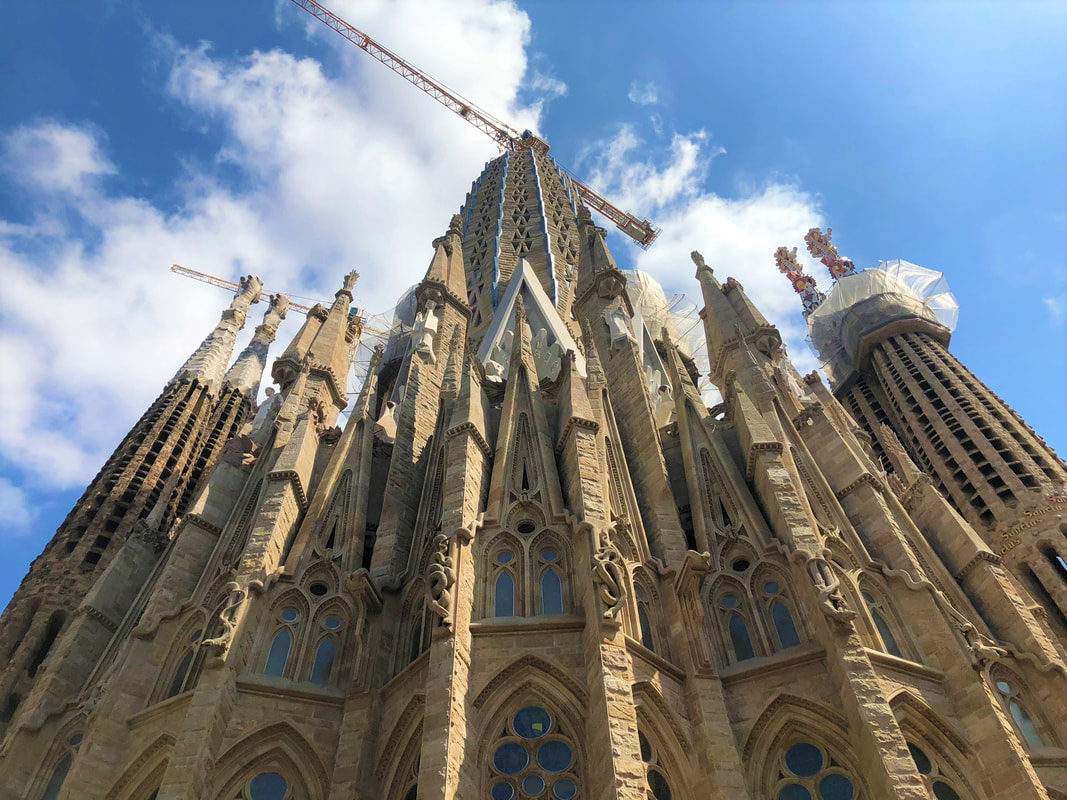 It is a Catholic basilica in Barcelona, designed by the architect Antoni Gaudí.  Begun in 1882, it is still under construction.  It is Gaudí's masterpiece, and the greatest exponent of Catalan modernist architecture.  It is one of the most visited monuments in Spain, along with the Prado Museum and the Alhambra in Granada, and it is the most visited church in Europe after the Basilica of Saint Peter in the Vatican. When it is finished it will be the tallest Christian church in the world.

The Holy Family is a reflection of Gaudí's artistic fullness: he worked on it for most of his professional career, but especially in the last years of his career, where he reached the culmination of his naturalistic style, making a synthesis of all  solutions and styles tested up to then.  Gaudí achieved a perfect harmony in the interrelation between structural and ornamental elements, between plasticity and aesthetics, between function and form, between content and container, achieving the integration of all the arts into a structured and logical whole.

​It is a municipal market that is located in the Rambla of Barcelona . Besides being a place where you can buy all kinds of fresh products, it is also a tourist attraction.  It has an area of ​​2583 m² with more than 300 stalls offering a wide variety of local and exotic products, both to private buyers and restaurateurs in the city.  It is the largest market in Catalonia, the most varied in terms of food supply and also the most visited by tourists. 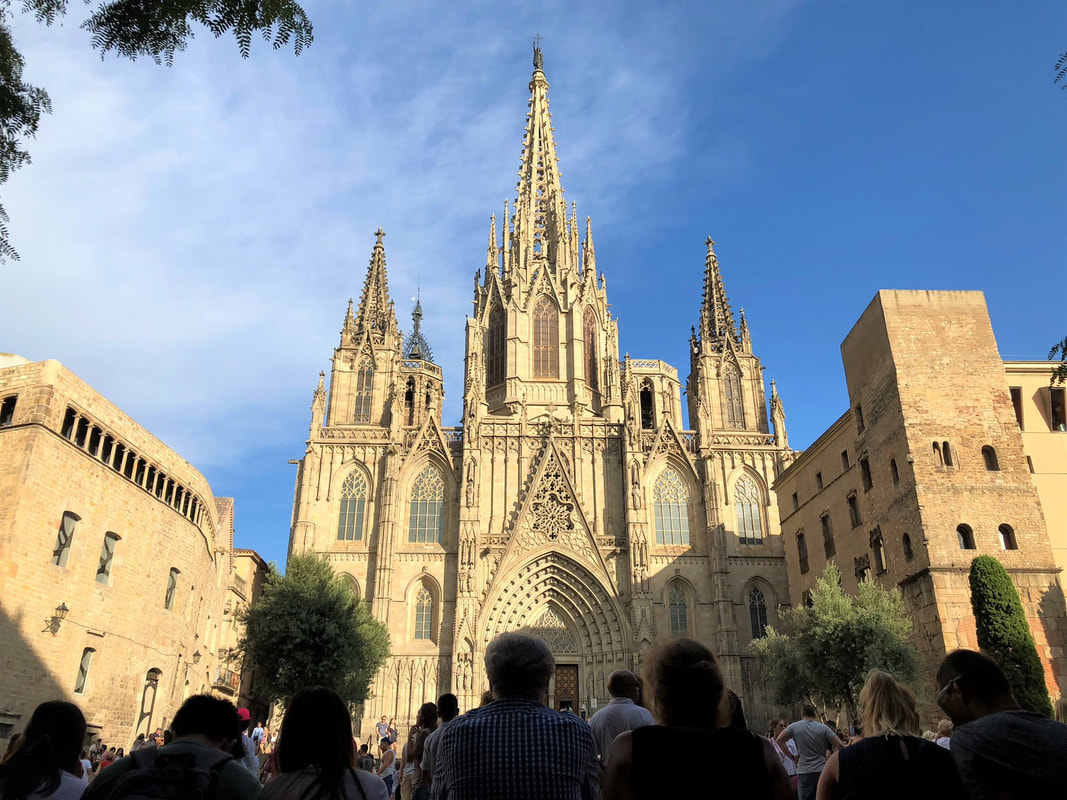 ​It stands out for its collection of Roman art, one of the most outstanding in the world.  Its architectural style can be defined as eclectic or historicist revival according to the taste that prevailed at the time, especially in buildings with commemorative and grandiloquent purposes.  Elements of the Renaissance and Baroque were merged in an attempt to combine the most typical and recognizable of Spain with the classicism that was the norm in public buildings.  Among all the museum's collections, the one of Romanesque art stands out.  The museum exhibits a series of wall paintings that make it unique in the world;  they were extracted from their original temples thanks to a support transposition technique called strappo.  Various wood carvings, jewelry, enamels and stone sculptures are also displayed.  Most of the pieces are samples of Romanesque art in Catalonia and Aragon.  Among others that belong to the Gothic period that allow to illustrate this historical period in Catalonia. 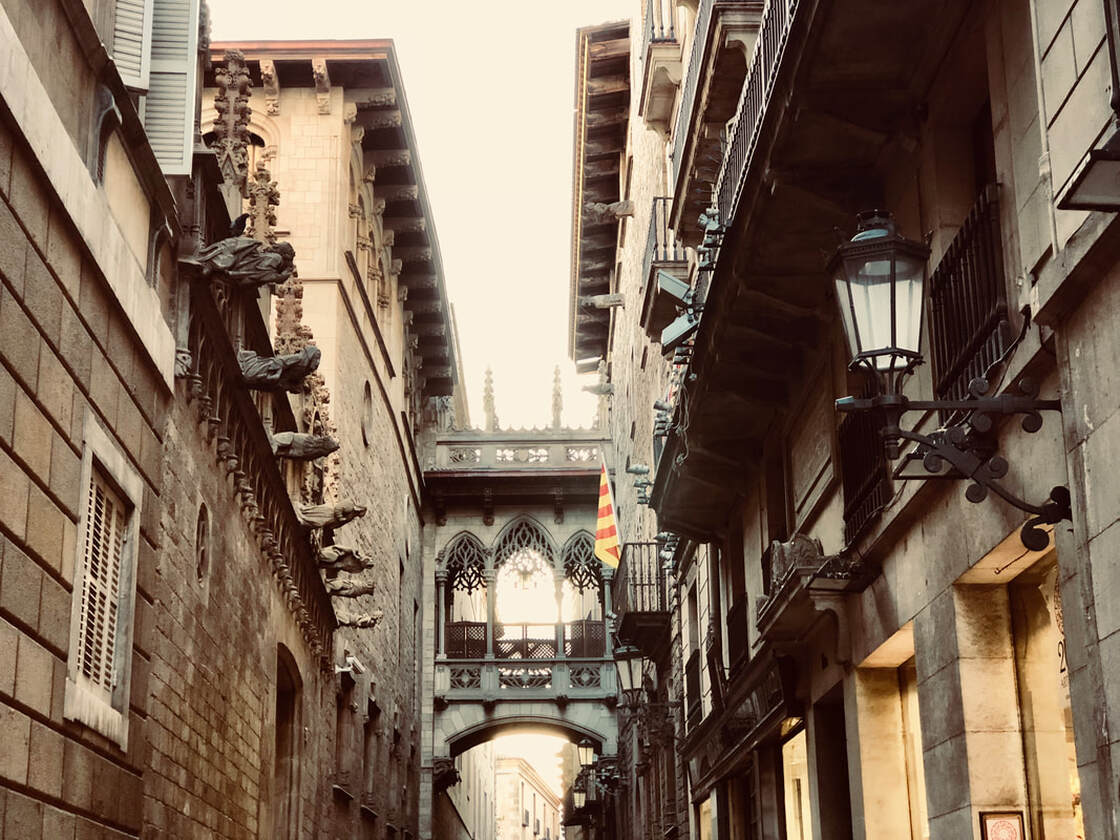 ​The Gothic Quarter is one of the four neighborhoods that make up the City Vella district of Barcelona.  Among which you can find many other architectural styles, it belongs to the historic center of the city, a mandatory stop for those who love photography or history 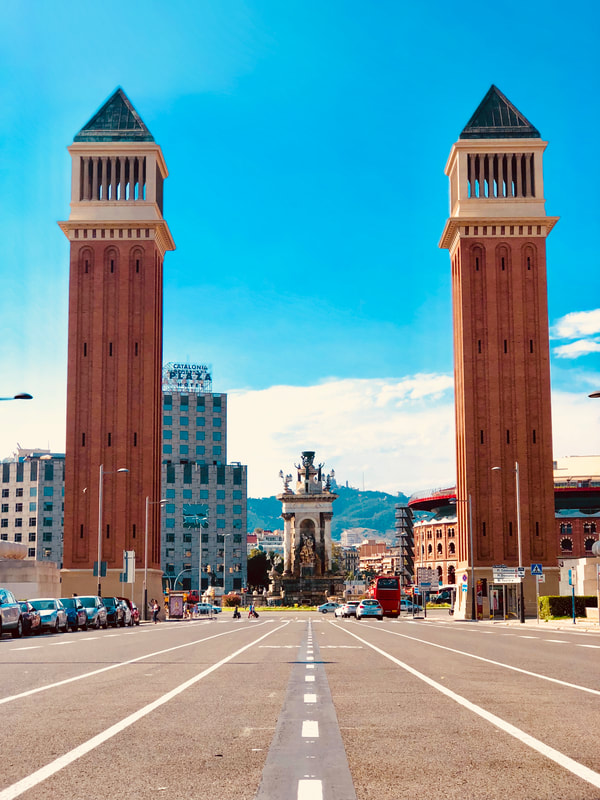